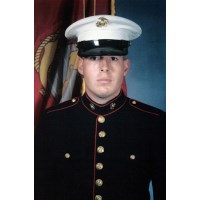 Marines from San Antonio, Midlothian among dead in Iraq crash

Lance Cpl. Rhonald Dain Rairdan was preparing for his last mission before his Marine Corps unit rotated out of Iraq when he called home on Monday.

“He told us that they were getting ready to get on a helicopter to go someplace for the (Iraq national) election,” his father David said Thursday afternoon. “Then they were going to go back to their ships.”

Rairdan, of San Antonio, is one of three Texans, and the second San Antonio-area Marine, among the 31 service members killed when their helicopter crashed early Wednesday in a desert sandstorm in western Iraq.

Lance Cpl. Tony Hernandez, 22, of Canyon Lake, the helicopter’s crew chief, was also killed in the crash of the Super Stallion transport helicopter as was Capt. Lyle Gordon, 30, of Midlothian, their families said the Marines told them.

David Rairdan, who last summer retired from the Air Force after 24 years, said his son’s unit deployed to the Middle East in October, about four months after he joined the Marines.

Twenty-year-old Dain, as he was called by his friends and family, grew up in Medina County just outside San Antonio, was a machine gunner stationed at Kaneohe Bay, Hawaii, as part of the 1st Marine Division.

“Most of the guys with him (in the helicopter) went through boot camp with him and they died with him,” David Rairdan said. “We felt like we knew them through his cards and letters.”

He described his son as very personable with lots of friends, and that he liked to be around people. As a Marine, his dad said, he was very good at his job.

Dain Rairdan’s unit got to Iraq shortly before joining the Marine-led offensive to take control of Fallujah, an insurgent stronghold west of Baghdad, in November.

Afterward, his father said, his son’s unit hunted for weapons caches in Fallujah and later was among those policing that combat-damaged city as its residents trickled back to their homes.

David Rairdan had also spent time in the Middle East as part of his Air Force duties, and he and Dain spoke several times about what was going on.

“I had been over there many times, and we understood what he was doing,” the elder Rairdan said.

He said he and his family, which has a military tradition going back generations, aren’t looking for someone to blame for Dain’s death.

“We’re looking at their positive things, that we had as much time with him as we did,” the father said. “Of course it all hasn’t sunk in. We haven’t seen the coffin yet _ that’s going to be a terrible thing. … But sometimes bad things happen to good people.”

Gordon’s family members said their son was inspired to become a pilot after seeing the movie “Top Gun.”

“He was a happy child and he loved going fast,” said Mary Gordon, his mother.

After graduating from Texas A&M University, Gordon worked at Sanderson Farms. “He had a good job but he wasn’t happy. He wanted to fly,” Mary Gordon said.

Gordon had been in the reserves and joined the military full-time in 2000.

“He had 3 1/2 years left,” said Dickey Gordon, his father. Gordon had no firm plans after his six-year stint ended, but had discussed possibly joining the U.S. Coast Guard so he could continue flying helicopters.

Gordon flew helicopters at night. ‘He loved it because he got to be in a sea of green when he flew,” Mary Gordon said, referring to images when Gordon used night-vision goggles.

The family last spoke to Gordon by phone on Christmas Eve and Christmas Day when his wife of four years, Kaci Gordon, 26, visited for the holidays.

Mary Gordon and her son e-mailed frequently. The last e-mail he sent was about a week ago, she said.

Gordon was scheduled to return on March, his parents said.

Categories: 2020honorees
Check Us Out On Warrior Talk Radio!